Santa battles country-specific regulations to get his deliveries done in time! 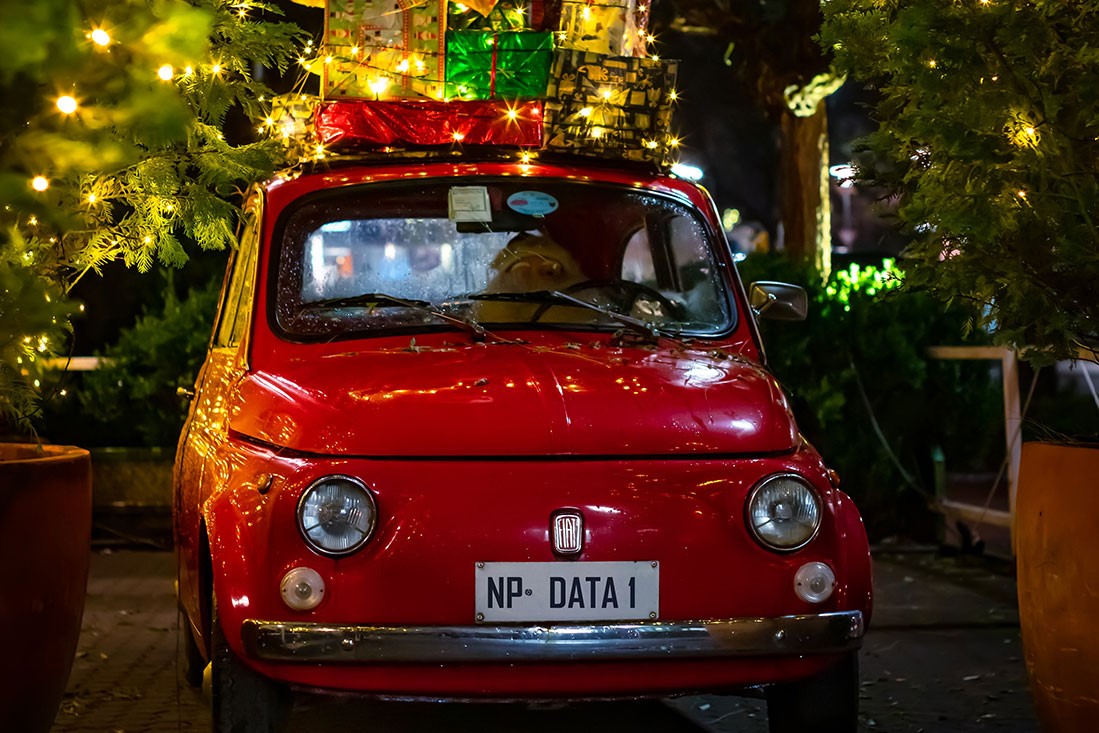 Santa’s customer database is increasing every day by 385.000 newborns all around the globe. On top of this ever increasing customer data, Santa also needs to manage many different country specific Christmas traditions and regulations. Most importantly, Santa needs to keep track of sanction lists, because he needs to know if a child has misbehaved.

With a strongly reduced reindeer air force last year, due to Covid 19 and the resulting no fly zones, it was hard to get some packages to the children in time. Instead of managing the logistics out of the headquarters in the North pole, Santa was left with no other option than to join the reindeers in the field with his electric car fully stacked with Christmas gifts.

But that was not even  the most challenging thing. Santa’s biggest headaches were the country regulations and tradition challenges, such as:

Step 1
Analyze his data and cluster it into categories such as no-fly zones or sanction lists.

With these measures in place, and a strong partner by his side who helps Santa manage his customer data on a country-level, Santa must worry less about risks and care more about the joy of gift giving, which is what his business is all about!

At CDQ we don’t track personal related information. When we talk about sanction lists, we make sure that for example a customer's sourcing policy stays up-to-date. Doing business with companies (and affiliates) which are sanctioned or affected by embargos can result in fines and reputational damage. Your data records can be monitored continuously against the latest sanction and watch lists, so data maintainers are already notified during creation or update workflows.

A new revenue stream for Santa’s elves with data automation

A new revenue stream for Santa’s elves with data automation